This is the second post relating to a trip to Beijing that Sue, my wife, and I took in fall, 2015. Sue, an artist who makes artist books, was invited to display some of her work in the Diamond Leaves Triennial at the Central Academy of Fine Arts in Beijing.

In the first post, Beijing 2015: Part 1, I included images from the immediate neighborhood around our hotel. I took lots of other pictures though, and after sorting through them, have arranged a few into different aspects of this trip: views from the car, a young artist’s studio, some aspects of the Summer Palace, the Diamond Leaves show and the Central Academy of Fine Arts, and finally Bei Shi Da.

First, a couple of images from the plane on the way into Beijing from the northwest, a wind farm sprinkled across the terrain and the Great Wall. 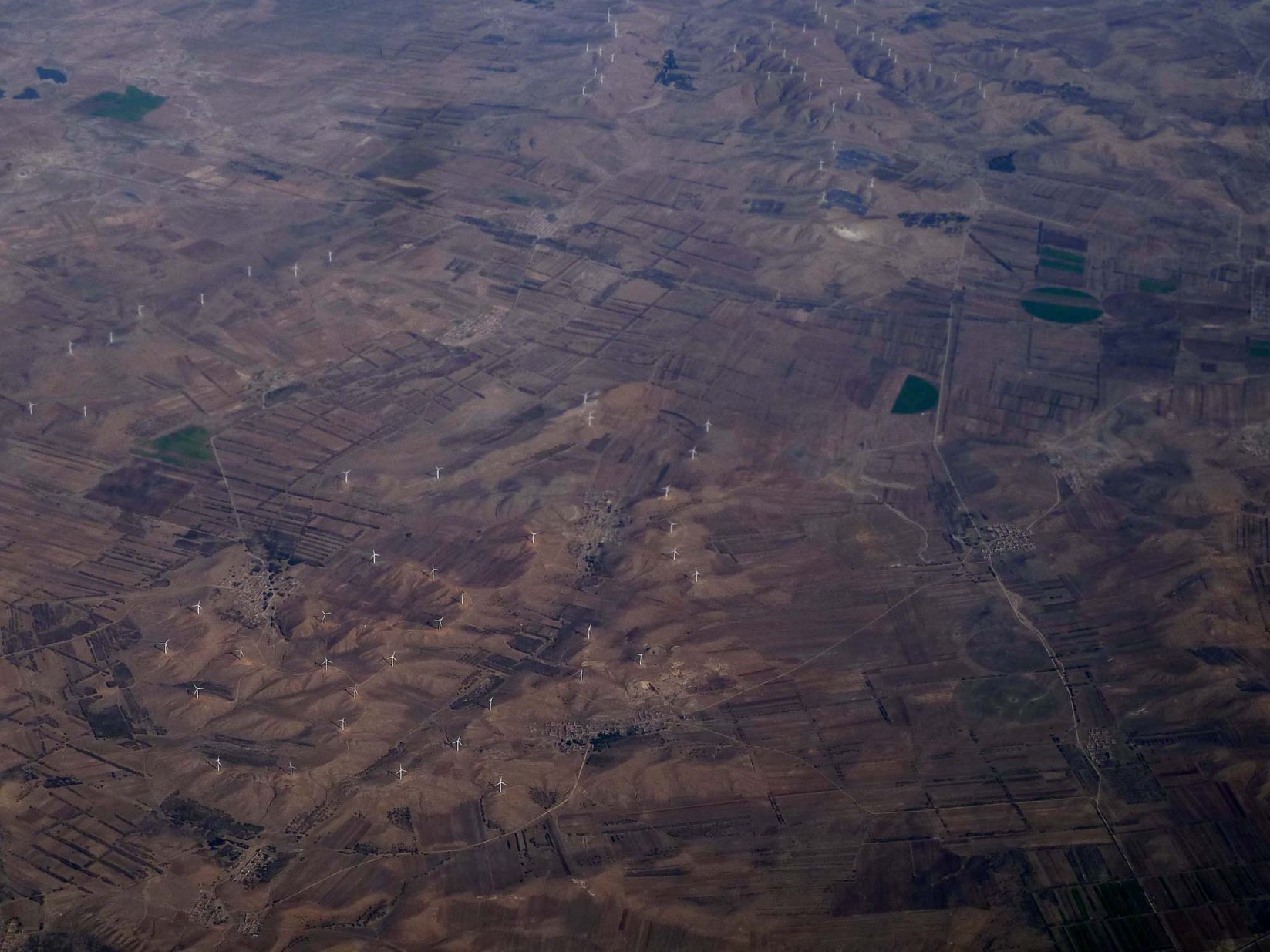 From the car: We were in Beijing only for a week, and had fairly clear skies on most days but experienced a couple of days of pretty bad pollution which is apparent in a couple of these photos.

A young artist’s studio: Tucked away behind other buildings on campus, perhaps where a lot of the supporting staff live, is this small, cramped space where some very special traditional painting is going on.

At the Summer Palace: Our friend and Sue’s former student, Li Jia Duo, was kind enough to take us to the Summer Palace on what was a beautiful day. Sue and Jia Duo were in almost constant conversation while I fell behind taking pictures. There are lots of wonderful images of this place available on the Web; these are just a few of things that I found interesting or memorable.

The whole reason for our trip to Beijing was  the Diamond Leaves show. We made a couple of visits to the Central Academy of Fine Arts (CAFA), to deliver Sue’s work and then to attend the opening. Unfortunately, the museum was running behind on the installation and so the opening actually took place a week later, but we did get to wander around in the wonderful exhibit space, see Sue’s book in its case and also meet Xu Bing, Chinese artist, vice president of CAFA and the curator of the Diamond Leaves Triennial exhibition. The new museum (2008) at CAFA, designed by Japanese architect, Arata Isozaki, presents an intriguing profile as you approach the campus, with large shingles of slate covering a massive, rounded and elongated form that could taken for the side or rump of a large reclining creature. Most of our Chinese friends did not like the design. I thought it was a striking visual and tactile form in its setting among more conventional structures. Its six floor interior was broken up into exquisite exhibition spaces.

If you want to know more about the exhibition, here is a link to an article written last October: http://en.cafa.com.cn/the-intelligence-and-ingenuity-in-browsing-space-diamond-leaves-the-second-exhibition-of-artists-books-from-around-the-world-opens.html

And, finally a few images from the campus of Bei Shi Da.