This article serves to introduce a planned offering of periodic personal musings on the notion of wisdom. Thought will be forthcoming and more questions than answers may be generated. Occasionally phronesis, or practical wisdom, will also be addressed, and other additional notions will be added to suggest new ways of framing or imagining wisdom from other cognitive or emotional vantage points.  The entire purpose is to view the concept/notion from multiple vantage points. Borrowing from a cursory, introductory overview of the topic found in Wikipedia on “Wisdom,” we’ll get our “feet wet” on a generally available discussion of the topic and then address other ideas for further inquiry (http://en.wikipedia.org/wiki/wisdom).

Some of the introductory definitions and commentary that were distilled from Wikipedia include: “…the ability to think and act using knowledge, experience, understanding, common sense, and insight… it often requires control of one’s emotional reactions… so that the universal principle of reason prevails to determine one’s action. But reason (in spite of its universality) is not thoroughly examined and the grammar of reason is missing. The use of the word “prevails” also suggests that any reason should trump other cognitive strategies. It’s reasonable to ask why.

In short, wisdom is portrayed as a disposition to find the truth coupled with an optimum judgement as to what actions should be taken. But questions immediately rise such as how and how soon truth and a path forward are to be found—nearly instantly in moments of urgent need, or in some dispassionate scholarly fashion that could stretch out over millennia? What if needed information is not immediately available? Is “wisdom” imagined as the derivation of eternal verities that guides a culture or society, or does it more closely adhere to some need for a timely grasping of specific circumstances and needs and direction taking?

I’ve done considerable reading and pondering about wisdom over the years and, while work on the subject by others such as Robert Sternberg (2003) continues to be generated, substantial questions still remain. Is wisdom something “out there” that we describe and measure and test, or is wisdom a trait embodied in humans? The foremost thought that comes to mind is “what might it be like (subjectively) to be evolving/maturing into wisdom? Reviewing a body of literature and thought on paper is not the same as capturing it in some whole, embodied sense. They are not the same. There is of course the terrible ever present urge to simplify it into some pithy definition. That’s likely to do the concept an injustice. Good literature on a topic, I think, both illuminates and fosters original questions and elicits wonder.

As noted, little has been written about how wisdom is acquired, developed, or matured into—is there a recipe or training manual? Is there a metaphorical seed planted akin to a mystical experience that’s sometimes nurtured and sometimes not?  Is there a gene for wisdom? Where does it come from—is it conceived and grown like a fertilized egg in a womb? Do certain cognitive skills and abilities need to precede the development of wisdom? Does burgeoning wisdom require proper aging like wine with hints of oak or raspberries? Is humor part of wisdom? Is wisdom a process or a product like artistry or an art object? Do emotional and social intelligence (etc.) play a part in the development and shaping of wisdom? Definitions and descriptions as found in Wikipedia and other sources are, at best, informative but constrained; something deeper and more imaginative might flesh out the concept—we need more approaches to framing a discussion.

Further, how does anyone recognize embodied wisdom in others—from their behaviors or actions or because they embody some description of wisdom’s characteristics that have been identified? If, for example, we hypothetically listed the cognitive or behavioral parts of the brain, could we imagine upgrading and reassembling them and then reprogram the brain such that a living, breathing, wise guy could be created? Are the parts an assemblage of parts or would the whole be greater than the sum of the parts? The characteristics of a wise person are often listed akin to a list of contents needed to construct some household object from Ikea. However, that listing of contents is vague and barely useful and probably not breathable into life. How do we even progress to reasoning, understanding, common sense, knowledge, and desired experiences so that they function together in concert? That is, does “reason” function to synthesize all factors into some coherent whole? What about components Wikipedia left out—such as pattern recognition or an analogical imagination or metaphors and analogies and seeing-in-time and social interactions and memory or great observational skills or habituation and emotions? The safe Wikipedia synopsis, dictionary definitions, and other sources often deny any loose ends and thus forestall further thought.

Going on, rather than doing nothing more than the customary checking to see what other people (experts) have to tell us about components of wisdom, perhaps we might be well advised to pause and come up with our own questions about wisdom such as “so, what is it and how would I know it if I encounter an example of wisdom or how to I synthesize what is said in the ‘literature’ and then characterize it to others?” What kind of questions might we ask to know more and, if we want to have a little productive fun with the topic and see it from a different ‘slant’, how might we formulate new questions for inquiry?

Wisdom sometimes seems akin to something ineffable that we’ve been led to believe is valuable but hidden in some dark and dank monastery basement where we’d, all things considered, prefer to safely stand at the basement door and look down into the darkness where it might be hidden and, by using our powers of discernment (also a factor in wisdom) and observation, describe it objectively. We would try to avoid stumbling around in the darkness where vague notions/concepts live because we can’t see well, and frankly, it’s scary to go into unknown intellectual places alone. We’ve been conditioned to think that subjectivity is a questionable tactic so we feel it but deny it.

So many further questions that might prompt different approaches to understanding wisdom are not likely addressed in standard academic discussions. These are not randomly chosen, there is a reason for raising them:

1. Is there only one kind of wisdom or are there competing “wisdoms” (e.g., is a winemaker’s wisdom identical to that of a professor of political science or that of a Baptist minister? In other words, is wisdom flavored by persons (and their life circumstances) who embody the trait(s) we call wisdom?

2. What is having wisdom subjectively like and can it be turned off and on and is it useful anywhere—even on a trip to Cancun or a party on New Year’s Eve?

3. Can someone be wise and still occasionally “screw up” when rendering pithy advice?

Would the “reality” a wise person perceives be different, in some way, from that of a non-wise or ordinary person? How wise can someone be—slightly, a lot, or just some middling amount? Did they begin life as a “normal” person and then grow differently—were they peculiar children? If so, how and what prompted the change of their narrative arc in the direction of wisdom? Did their thoughts become different or their emotions or their senses or their ways of making sense of the world as they became wiser?

How might they describe their own thinking? Are their minds embedded in the present world, present reality, or are they shifting from now into the past into the future? How do they mush all the attributes of wisdom together into some kind of coherent thought process or observation or action? Do they develop foresight and anticipate the future more than “ordinary” people commonly do? Do wise people, with a spiritual inclination, have inward experiences akin to mystical experiences and insights? What worries them? Is the wise person sufficiently self-aware to accurately describe all their own workings? What would life be like to be wise even when it’s not needed? Is wisdom mentally or emotionally draining?

Does wisdom affect one’s personal relationships? Do wise people develop different kinds of friendships and parenting styles and kinds of social awareness? How do areas of personal ignorance affect them? Are they always wise or just periodically wise under the right conditions? Is wisdom affected by their peculiar immersion in society—social milieu, employment, friendships, faith, intellectual challenges, history, hobbies and interests. Is their own wisdom peculiar or is it similar, in some ways, to others—that is, is there a base of general wisdom traits, overlaid with peculiar wisdom flavors reflective of one’s unique life? Can wisdom be learned, taught, inspired, trained, or modeled? Is wisdom inclusive of empathy or sociopathy? Is there a place for beauty and aesthetics in wisdom? Is artistry in thought and perception relevant? Is prescience a derivative of wisdom? Is wisdom ephemeral—thoughts and actions enacted in a moment and then whisked away by time versus keen worldviews translated into pithy sayings suited to posters and adages? Can wisdom apply to science? Is wisdom different when seen from the “inside” by a wise person compared to the wisdom of someone else who sees with a limited ability to perceive essential workings of components of wisdom—can an outsider see the unseen? Are there wise behaviors and wise emotions? Are there wise guys/women walking among us who go unseen? Does a wise guy commit reputational suicide by calling themselves “wise”? Does wisdom make someone a better lover? Are wise women different than wise guys? Is wisdom fattening?

These planned periodic musings will address existing topics and writings, cover a variety of topics, and perhaps even suggest some things that might (or might not) help one think more about their thought and behavior so that they might also mature into wisdom. To begin, in that regard, consider reading “The Nature of Observing” by Stephen O’Meara (2016). It’s only a small part of the issue at hand, but a helpful part in learning how to see more than what we normally see. If we can’t see or sense or imagine things better than is customarily done we can’t (perhaps) mature wisely. To become wise means becoming different from other people.

One thought on “Imagining Wisdom from the Inside Out” 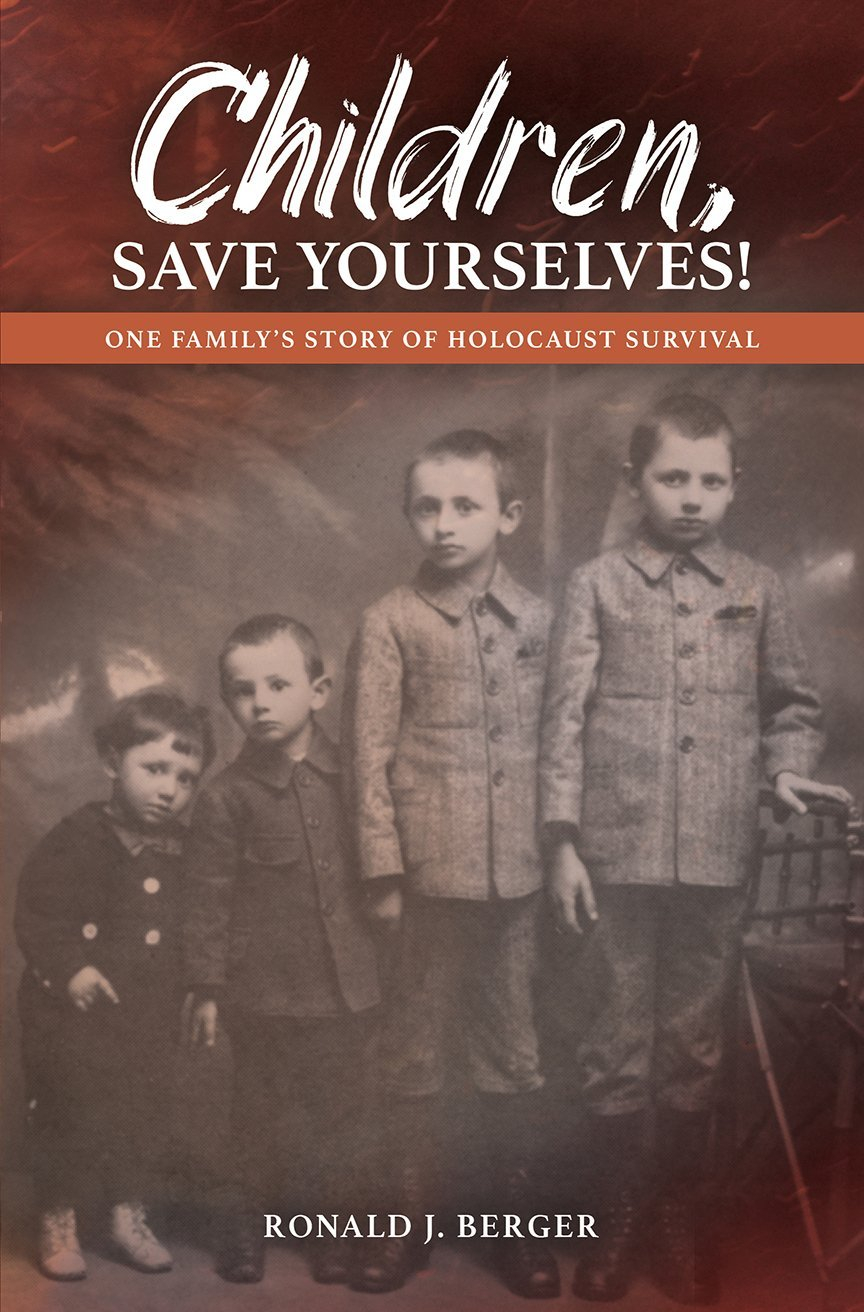