In 2010, Rebecca Skloot was a little known science journalist on the faculty at the University of Memphis when her first book The Immortal Life of Henrietta Lacks, an investigation into the ethics of medical research, was published. It became an instant crossover hit: translated into twenty-five languages, persistently near the top of The New York Times bestseller nonfiction list, receiving the pop-culture imprimatur of the Colbert Report, and now an HBO film starring Oprah Winfrey and Rose Byrne. Skloot’s timely reporting on an important topic is entertaining, cleverly organized, and well written. So why does it leave me with a nagging sense of unease? 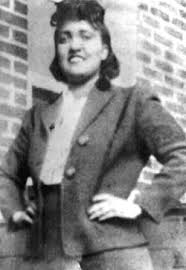 Henrietta Lacks was thirty-one years old, the African American mother of five children, when she died in 1951 from cervical cancer in the “colored ward” of Johns Hopkins hospital in Baltimore. Before her death, a doctor took samples of her tumors and tried, as scientists had unsuccessfully tried for decades, to keep them alive. Lacks made history when her cells not only survived, but also reproduced by the trillions. “They became,” writes Skloot, “the first immortal cells ever grown in a laboratory.” While Lacks’ cells became known all over the world to doctors and scientists as “HeLa,” and indispensable to significant innovations in the treatment of polio and cancer, cloning, gene mapping, and in vitro fertilization, the woman herself was largely forgotten by history. And for a long time after her death, her family was not even aware that Henrietta Lacks lived on in the many lives of HeLa.

As an undergraduate Rebecca Skloot became “fixated” on the idea of writing a book that would be “a biography of both the cells and the woman they came from.” She read other accounts of how Henrietta Lacks became HeLa—in stories published in Jet, Ebony, and Rolling Stone in 1976—but none, in her opinion, did justice to either the humanity of the donor or the uses and misuses of her cells. Skloot wanted to correct the record.

Of the two narratives threaded throughout this book, the story of a scientific breakthrough and its consequences is compelling and informative. Skloot makes complex information accessible to a broad audience without sacrificing sophistication or condescending to non-experts. She has a knack for bringing us into the everyday world of labs and illuminating the give and take of debates among scientists. Drawing upon a case study of HeLa, she also demonstrates how hospitals, the medical profession, scientists, and the pharmaceutical industry colluded in withholding vital information from patients and profiting off their bodies and diseases throughout most of the twentieth century. (It wasn’t until 1974 that a federal law was passed requiring informed consent from the subjects of federally funded research.) And in the case of African American patients, such as Henrietta Lacks and her family, Skoot shows how racism added another deep layer of exploitation and humiliation.

Much has been written (see, for example, Harriet Washington’s Medical Apartheid) about the long history of racist medical practices against African Americans: discriminatory access to healthcare, too little treatment too late, higher mortality rates than whites, disproportionate sterilizations in the name of eugenics, and notorious experiments—such as Tuskegee syphilis study of the 1930s when the U.S. Public Health Service allowed hundreds of black sharecroppers in Alabama to risk death without treatment. Rebecca Skloot adds another chapter to this infamous history, demonstrating how doctors treated Henrietta Lacks with “benevolent deception”; how the patient and her family were not consulted or informed about the reproduction of her cells; how her medical records were made public without permission; and how HeLa fueled a “multibillion-dollar industry selling human biological materials,” while the family didn’t make a dime. Skloot’s book makes an important contribution to our understanding of the ethical issues that typically undergird important scientific developments.

The author was not satisfied with sticking to a popular history of an important scientific topic. She chose also to delve into the everyday lives of the Lacks’ family and to document her own efforts to win the family’s trust. She did not want to promote herself in the book, she recently told The New York Times, but her editor and publisher insisted. The conceit of a white journalist discovering black people’s tragedies is reproduced in the movie with Rose Byrne channeling Skloot.

The liberal author’s foray into the lives of inner city families trying to survive perpetually hard times has a gee-whiz quality. While Skloot stands on solid ground when writing about and offering her opinions on science, her discussion of black urban life is tentative and often awkward, as when she warns us in the book’s introduction that some of the book’s dialogue “appears in native dialects.”

The author promises candor and self-revelation in the book’s first pages when she tells us that during the course of researching the book, she formed “a deep personal bond” with Deborah, her key informant and Henrietta Lacks’ daughter: “without realizing it, I’d become a character in her story, and she in mine.” But Rebecca’s character is undeveloped, while we are flooded with detailed, and often irrelevant information about Deborah and her family. As a result, the book suffers from an inequality of disclosure.

It would have been interesting to read about the impact the project had on Skloot’s personal views about race, and her professional views about the social responsibilities of journalists. But she keeps a tight lid on her own stuff. During the course of the book, we learn some unexplored facts: that she is white, middle-class, and divorced, and has a penchant for dressing in black. She’s also agnostic, a rationalist, “half New York Jew and half Midwestern Protestant,” and tends “to leave the room when religion comes up in conversation.” This sets up the inevitable culture conflict—and dramatic arc of the book—with Deborah, who is poor and poorly educated, and not only “deeply religious,” but inclined to faith healing and voodoo. The bond between the two women is sealed when Skloot, irritated by Deborah’s mood swings (the result, she found out later, of high blood pressure), gets down and yells at her to “get the fuck off me and chill the fuck out.”

Some of the personal revelations about the Lacks are relevant to the book’s purpose. Skloot provides vivid descriptions of the family’s initial suspicion of her motives and locates their resistance to her investigation in the long history of academic and scientific abuse of African Americans. Similarly, she effectively makes her case for the endemic hypocrisy of the United States by contrasting the widespread and profitable use of HeLa with the enduring health problems of the Lacks’ family and their chronic medical indebtedness. Henrietta’s husband gets paid off a humiliating $12,000 by Bethlehem Steel for a lifetime of asbestos-related illnesses acquired on the job; three of her children suffer from tuberculosis; and Deborah is endlessly sick. “If our mother is so important to science,” says one of Henrietta’s sons, “why can’t we get health insurance?”

But why do we need to know about Henrietta’s unhappy sex life, vaginal bleeding, gonorrhea, and the tumors that invaded her bladder and lungs? Or that her father was a “squat man,” who beat people with his cane. Or that she started having sex with (and later married) her cousin when she was barely a teen. Or that one of her children died in a state institution after weeks of “self-induced vomiting.” Or that after her death, her children were virtually imprisoned by an abusive relative who starved them and “beat them all bloody.” Or that one of her children “grew into the meanest, angriest child,” did time for stabbing a man to death, and later in life “smashed a forty-ounce beer bottle over a woman’s back and pushed her through a plate-glass window.”

Or that Deborah’s cousins tried to “have their way” with her; that Deborah was molested and beaten by her guardian’s husband, then abused by the first husband, and mistreated by her second; that a son was jailed for robbing liquor stores; and that she took fourteen pills a day as her illnesses mounted, and died impoverished. How do these selective facts—reported as examples of individual pathology rather than social injustice – contribute to the book’s argument?

Skloot tries to present this pandering to voyeurism and schadenfreude as an argument for plucky resistance. She resorts to an Oprah-like truism about black women as indestructible, making over Deborah into “one of the strongest and most resilient women I’d ever known.” But we are told very little about this process of survival and redemption, and the knee-jerk assertion of agency is wishfully sentimental rather than persuasive. There is nothing uplifting about watching a woman take a literal and metaphorical beating.

If Skloot is interested in addressing the structural roots of racism, inequality, sexism, imprisonment, and ill health that devastate black communities, she should look for social rather than individual solutions, and work with the Lacks family’s community to organize themselves into an effective campaign for justice for Henrietta. It’s a start that the author helped Deborah to find out what happened to her institutionalized and abandoned sister; that she shared some of her research with the family; and that she has established a scholarship fund out of the profits of her book for Henrietta’s descendants. She couldn’t do more, she claims too easily, because “there’s a code of ethics in journalism that says you can’t pay people for their stories.”

These well-meaning but safe gestures are echoed in the book’s last chapter, in which Skloot skillfully lays out “complicated” policy issues but ducks taking positions on them. Should patients receive economic benefits from parts of their body that are used for profit? Should Johns Hopkins University take responsibility for how it exploited its patients’ ignorance and practiced Jim Crow health care in the liberal North? “Like it or not,” concludes Skloot, “we live in a market-driven society, and science is part of that market.”

Unfortunately, Deborah, who died before the book was published, is not around to say, in her own dialect of course, what she thinks about her friend Rebecca sitting on the fence and airing her family’s dirt in public. I don’t think she’d like it.

*This article is an expanded version of a piece originally published in Truthdig.com (April 9, 2010) and later reposted on Tony Platt Good to Go.

Tony Platt – Distinguished Affiliated Scholar, Center for the Study of Law and Society, University of California, Berkeley. He is the author of 10 books and more than 150 essays and articles on race, inequality, and social justice in American history, among them Grave Matters: Excavating California’s Buried Past; Bloodlines: Recovering Hitler’s Nuremberg Laws, From Patton’s Trophy to Public Memorial; and The Child Savers: The Invention of Delinquency, which was reissued as a fortieth-anniversary edition in 2009. He has also written for the Los Angeles Times, the San Francisco Chronicle, and the Guardian, among many other periodicals, and his commentaries have aired on National Public Radio.

2 Comments on Inequality of Disclosure: The Immortal Life of Henrietta Lacks 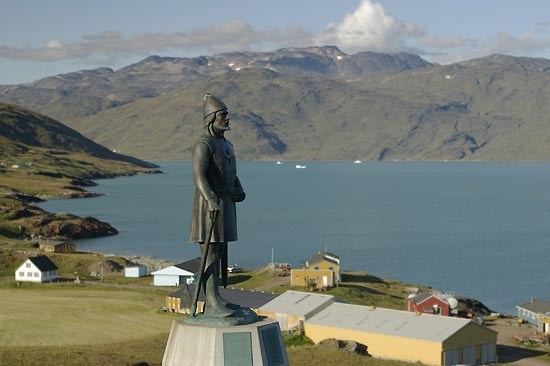 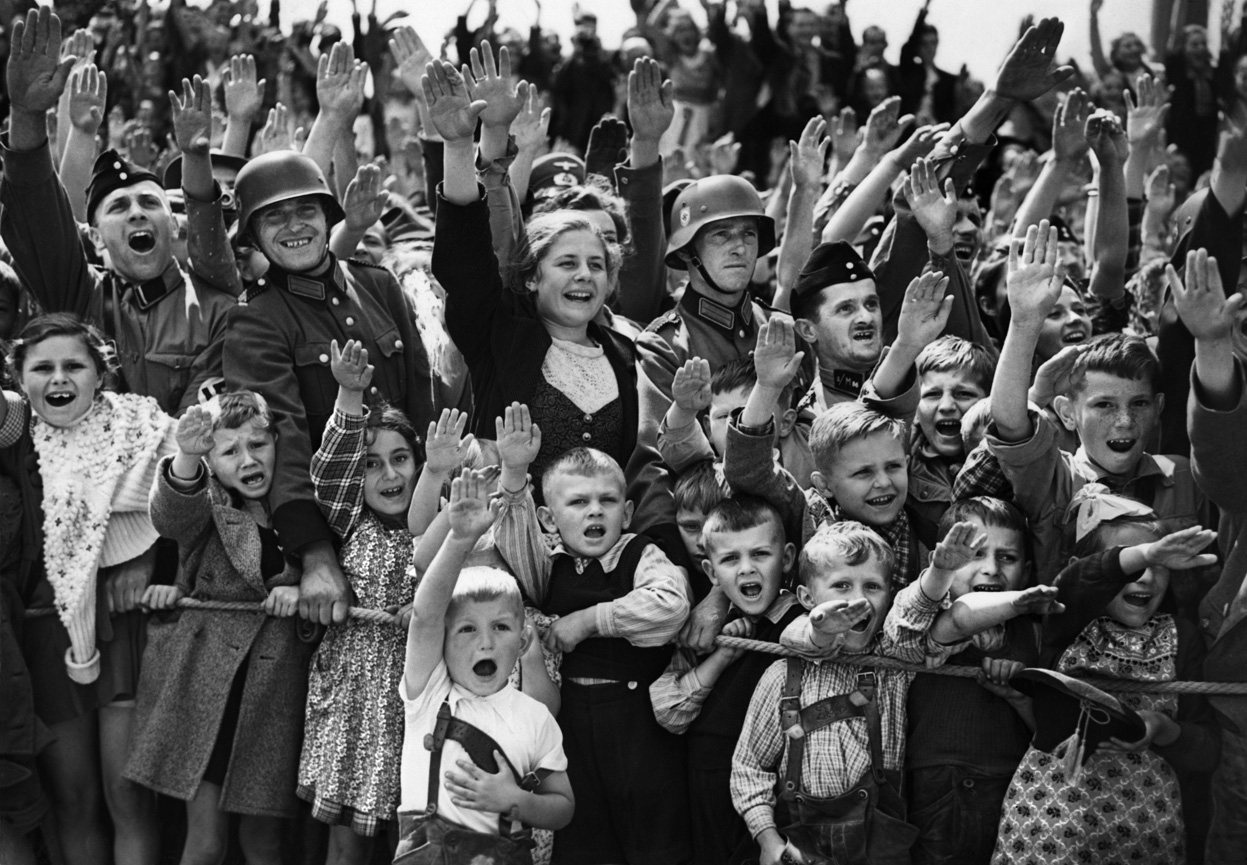 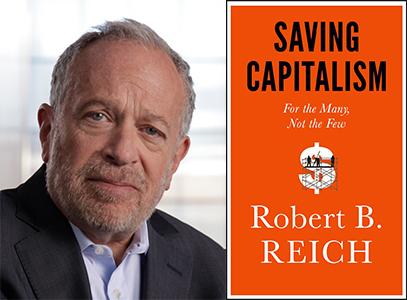 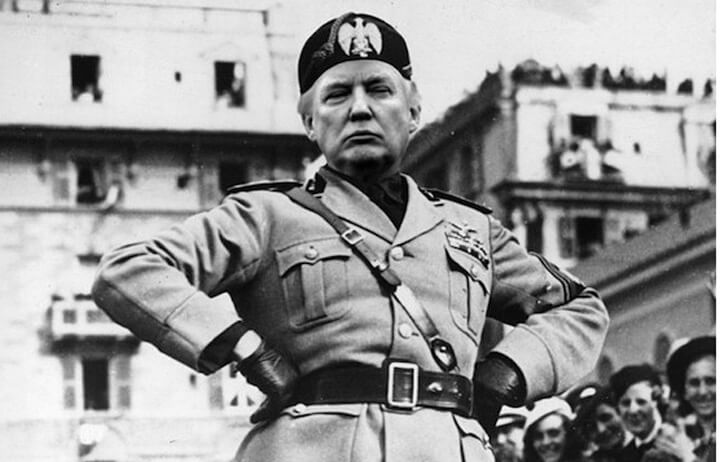 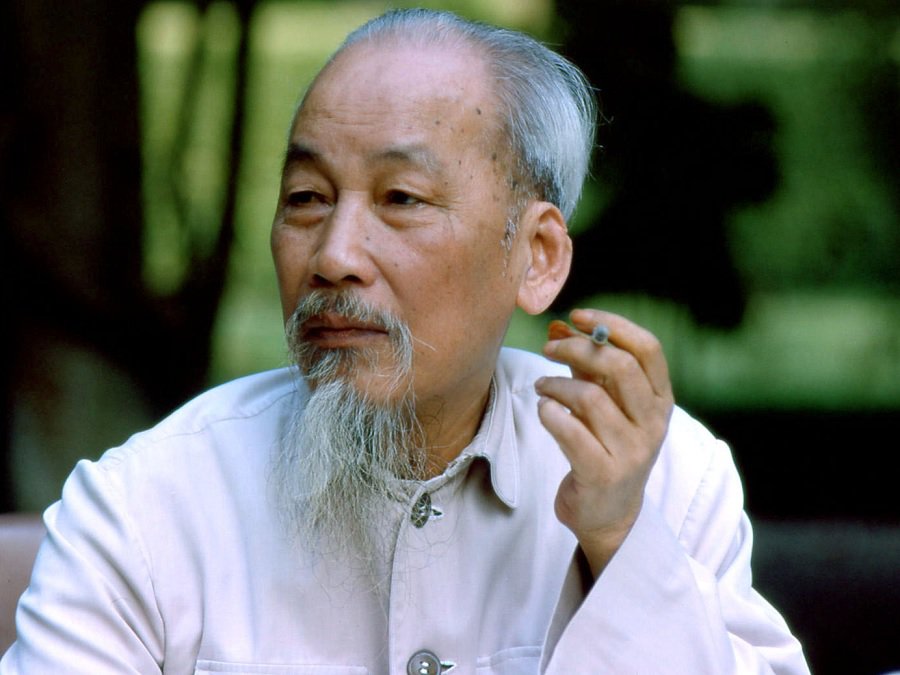 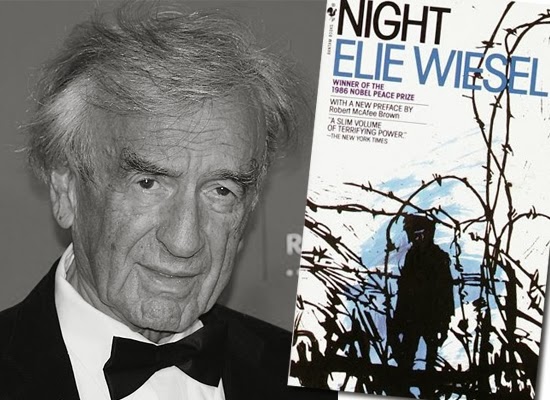 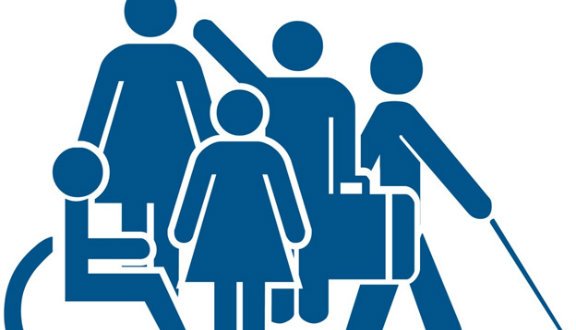 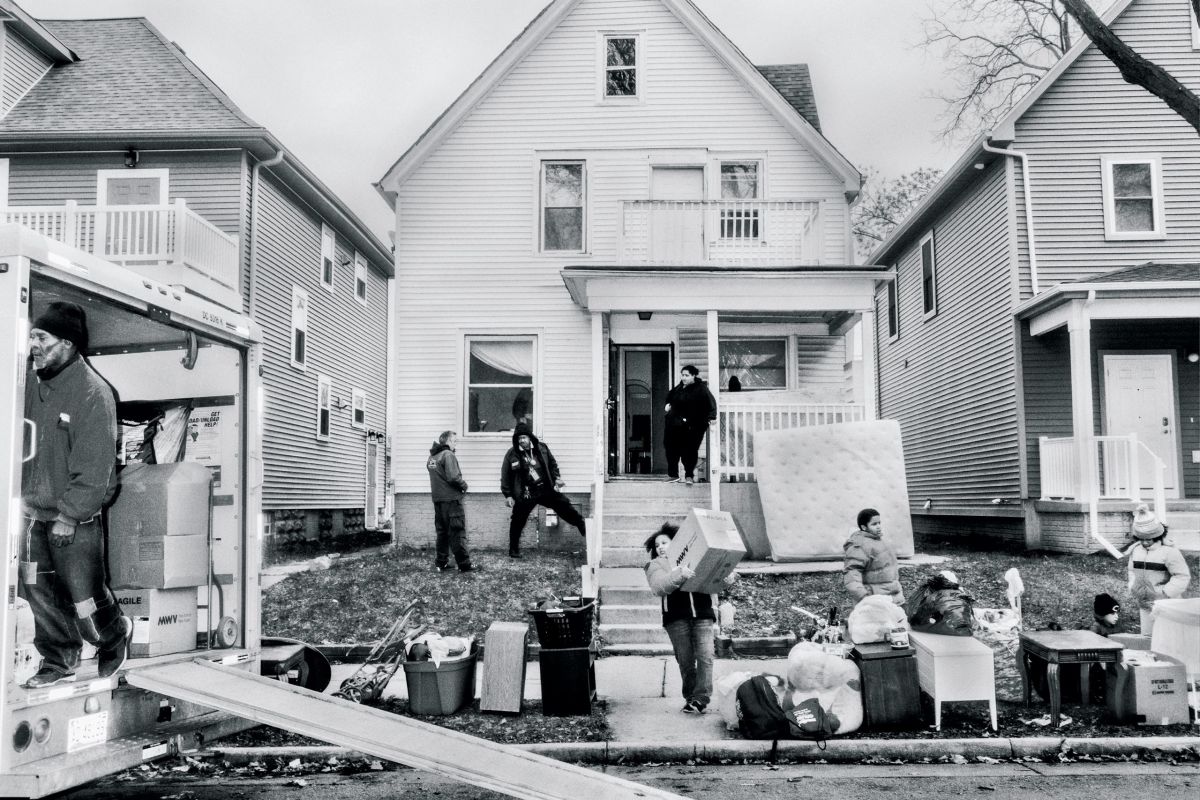 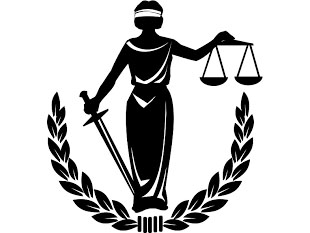